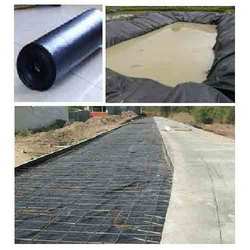 With the emerging concept of Global village, India has been proving its capabilities in different sectors. Thus with passage of time & industrialization the importance of plastic has emerged as a substitute to many different metals and chemicals. Some of the major areas focused are irrigation, Rainwater Harvesting, Jalkund, factories, construction projects and many more. In all the above applications, LDPE polythene sheet plays as an impervious layer for farming, Lining of ponds and reservoirs preventing the losses of “run of water”. These LDPE plastic sheet save gallons of potable and irrigation water, helping farmers to produce more with same quantity of water and giving a helping hand to save environment by saving water. 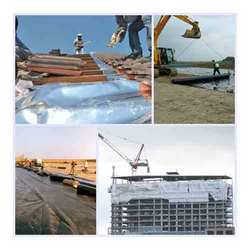 Roadway expansion projects must fill a number of requirements to minimize environmental impact. Roadways must be properly and effectively protected for safety and long-term reliability Concrete Roads are majorly used to construct highways and also Runway and for the laying LDPE sheets are used.

In Water Proofing of Terrace nowadays LDPE sheets are used as to control or reduce the passage of moisture to reduce weed growth. As a layer to prevent substantial movements. To accomplish these takes, membranes should be resistant to moisture and capable of resisting rot and decay.